Launched on Saturday 29-Oct-2016 approx 0900 UTC! This flight was quite short, about 194km and landed a few hours later, in Mainz. Details below.

One of the balloons apparently burst in flight, and the flight came down after travelling 194km. The landing is in grid subsquare JN49DX which is Mainz. The balloon continued transmitting until the evening. The last report is at 15:54 on 29-Oct-2016. It prompted some concerns that it may continue transmitting indefinitely! But there were no reports on 30-Oct-2016 so it seems it must be damaged or something.

This is a map of the landing position, the subsquare JN49DX. An area of approximately 6 x 5km. 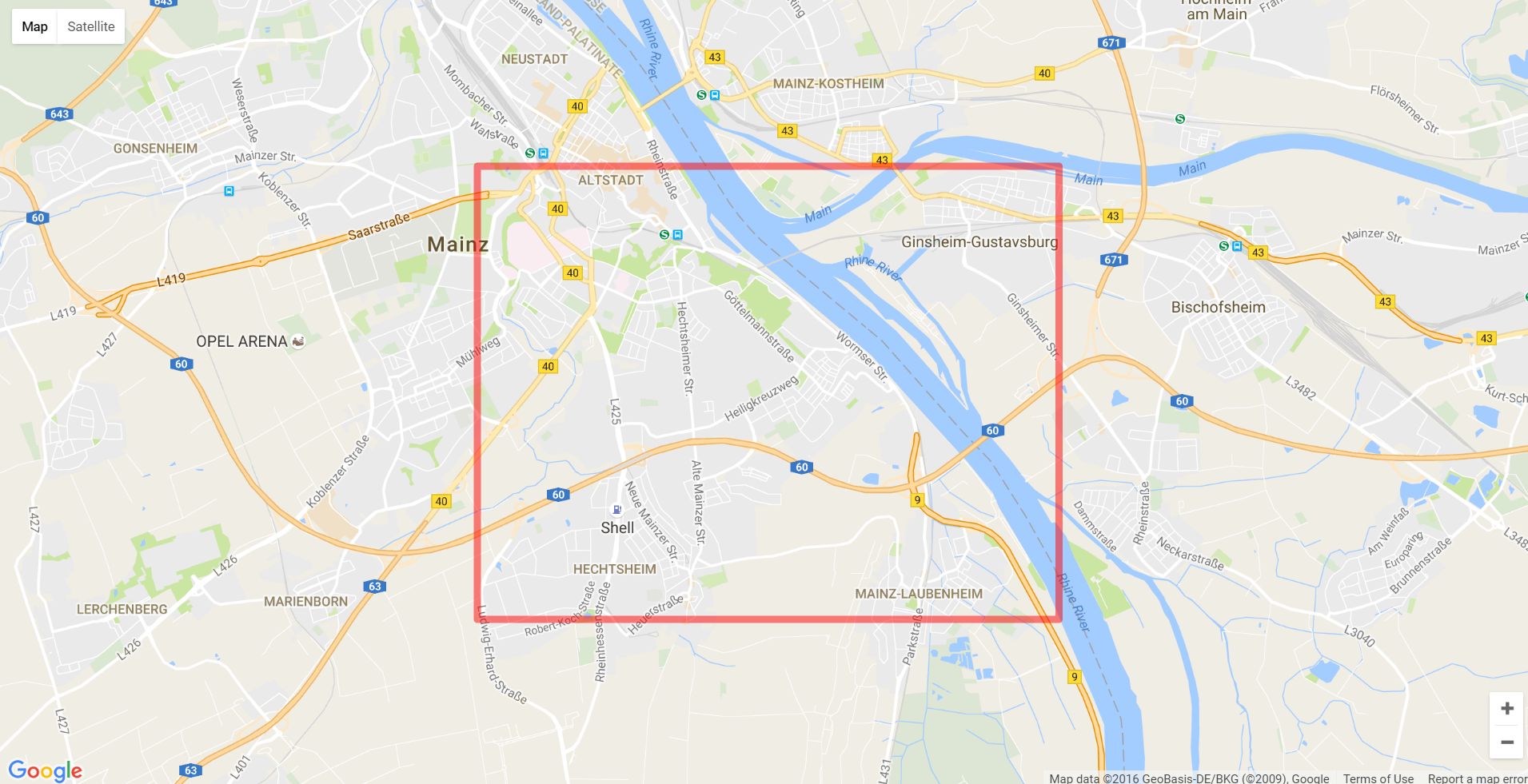 The following satellite image shows the same subsquare, and superimposed on that several altitude contours for 130, 140 and 150m (self-explanatory in the image). That really narrows down the search area, since we know that the landing was at 140-160m altitude from the reports received while it was on the ground. An appropriate place to start looking for the balloon would be the fields on the hill to the south of Mainz. 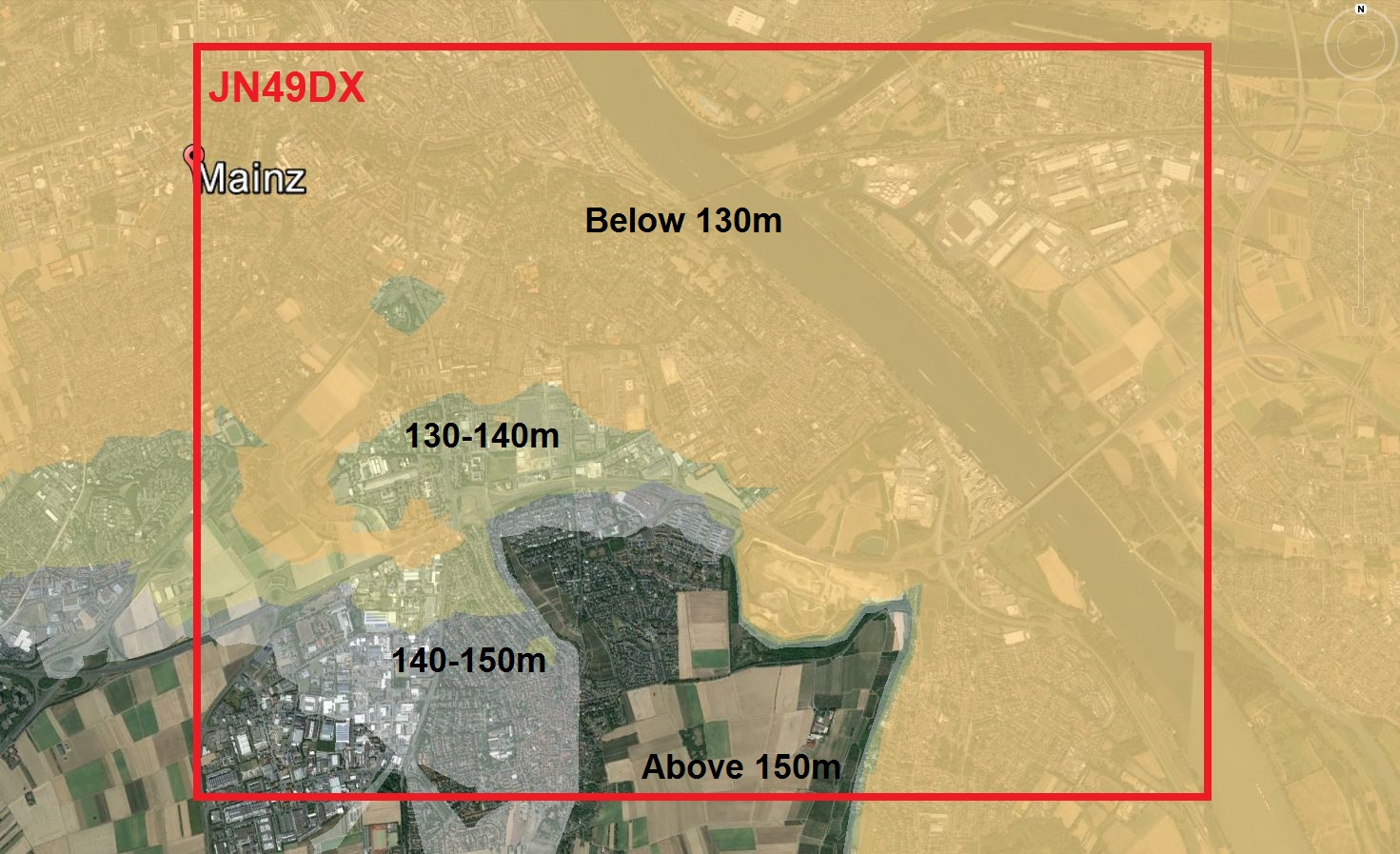 The following data is from the tracking spreadsheet which was kindly run by Dave VE3KCL because it had trouble with the European date data format in Excel. The final point is missing from this data - subsquare JN49DX and at altitude 140m.